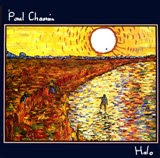 EVERY OTHER NIGHT- PAUL CHASTAIN
http://download.yousendit.com/BD6D35B07C0D98CE 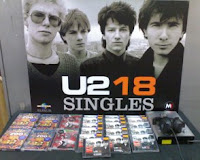 Early this year "U2 18 SINGLES" CD was released here in MANILA on two pressing. An imported and a local(more affordable) version with different prices. Well, for me this compilation is good for those who's not into their music before and would try to know and discover them. For U2 afficionados on the otherhand, this compilation album would be just another set on their collection. Not really that intense for this IRISH BAND who was first introduced here in MANILA by both WXB102 and DZBM POWER105 back in 1985 with "SUNDAY BLOODY SUNDAY" and "NEW YEAR'S DAY". This compilation album includes 16 of their successful singles with two additional tracks namely "The Saints Are Coming" which is a collaboration with Green Day, and a new track entitled "Window In The Skies". Of course, Pinoy New Wavers knows this great Irish Band is a total hit here in MANILA with a lot of their songs played on NEW WAVE RADIOS which were not included on the CD. A BONUS LIVE DVD entitled "Vertigo: Live from Milan" was also released as a U2 18SINGLES Deluxe Edition. The DVD features a highlight of 10- songs from the band's 25-song set in Milan, Italy during the Vertigo Tour in 2005.

The CD COVER is also the BOOK COVER of their AUTOBIOGRAPHY entitled "U2 BY U2"which was written by all four members of the band namely: Bono, The Edge, Adam Clayton, Larry Mullen Jr. I got interested with the book so I decided to buy it to have the first hand info from the band members themselves. The book is great and have good insights of what the band went through on their entire musical career.I even remembered the defunct TOWER RECORDS PHILIPPINES branded them as "THE GREATEST BAND ON EARTH" when they released almost all their CD discography wayback 2004 because U2's band line-up remained intack after all these years.

Posted by DrStirringRhod at 11:16 AM No comments:

More Than JUST THE MUSIC!

A current batch of PHILIPPINE RELEASES CDs at affordable prices. The Entire set is called "MORE THAN JUST THE MUSIC". Here, in the photo I've taken on a Record Bar, it features 15 CDs which are branded as "BEST OF","GREATEST HITS", "COLLECTION". The ARTISTS are:

SHELL Gasoline Station has a promo right now on having FERRARI TOY CARS whenever you buy their products. Of course, you have to buy these great toy cars in an affordable price. Since, I usually gas-up my Car at Shell Station then I was able to get these stuffs. I'm not a real HARDCORE Toy Collector, but I have to have these COOL STUFFS so I decided to complete the ENTIRE SIX FERRARI CAR COLLECTION. He He He!!

Recently, a death of a DEAR ONE came and I just realize again that LIFE is just too short. It's not how you die, but how you live your LIFE. "LIVE LIFE TO THE FULLEST"....as the saying would go. Then, I got a chance to listen to some Inspirational and Uplifting music on the funeral. Here are the 5 CDS I've listened to:

4) ON WINGS OF PEACE (Instrumental Music For Prayer and Meditation)

In 1996, a cult film entitled "TRAINSPOTTING" was shown here in MANILA. I was very much interested to see the film on the big screen because of the reviews I read before it was shown here in MANILA. "TRAINSPOTTING" was indeed a deep film about life on Heroin Addiction. It stars EWAN McGREGOR (young Obi-Wan Kenobi on STAR WARS episode I,II,II) as Mark Renton. The film was based on an Irvine Welsh's novel which depicted on the life of Mark Renton as a drug-dependent person who struggles through life. It was directed by Danny Boyle. A great cult film indeed with a great soundtrack!!!

Listening to the music on the film made me bought the ORIGINAL MOTION PICTURE soundtrack which includes music from NEW ORDER, IGGY POP, PRIMAL SCREAM, UNDERWORLD,etc. Definitely a great score for music enthusiast like me who loves this kind of music. Then a follow-up SOUNDTRACK was released due to the success of the first one. WOW!! Indeed another great collection of tunes from DAVID BOWIE, JOY DIVISION, HEAVEN 17,etc so I have to buy it. This second offering includes cuts which weren't included on the first one and also some songs that didn't appear on the final film, but were included at earlier stages or were used as inspiration by the filmmakers. 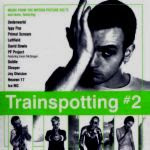 Posted by DrStirringRhod at 12:52 PM No comments: