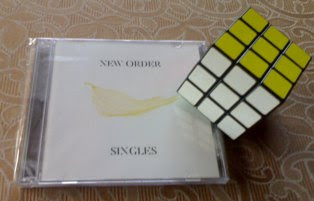 When JOY DIVISION's Ian Curtis committed suicide back in May 1980, the three remaining members of the band namely BERNARD SUMNER, PETER HOOK, and STEPHEN MORRIS continued under the name of"NEW ORDER" then they recruited Morris' girlfriend, GILLIAN GILBERT thus the line-up was completed. Bernard took over the VOCAL chores then the band wrote and rehearsed their debut album "MOVEMENT". NEW ORDER's first single entitled "CEREMONY" which was penned by Joy Division became a UK Top 40 hit in the spring of 1981 and extended the legacy of their previous band and the rest was history. Well, for today's blogpost I will be featuring NEW ORDER's compilation CD called "SINGLES" which was released back in 2005. Of course, one blogpost cannot really discuss about the history of this great band from ENGLAND that is very famous among PINOY NEW WAVERS/PUNKS back in the days. THANKS to the three Legendary Philippine New Wave Radio Stations back in the 80s namely WXB 102 , POWER 105, and NU 107 NEW ORDER made a mark here in MANILA. 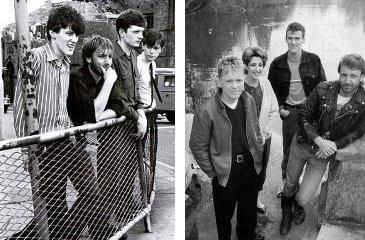 NEW ORDER "SINGLES" is a 31 Track , two CD compilation of the band's singles from 1981–2005 which was released back on October 3, 2005. Well, I didn't missed out buying my original copy of it and unlike the CD version of the band's earlier singles compilation entitled "SUBSTANCE", this time the B-sides were not included. While "Substance" aimed to showcase New Order's 12" singles, "SINGLES" instead featured mostly 7" versions wherein some of these being quite rare as well as differing from album versions. Well, I don't have a complete discography of New Order in my modest collection so this compilation is a great treat for New Order fans like me. Some blogs may pretend to have the band's complete materials but not mine. He He He!! It's still nice to blog about a music material that you have an original physical copy of it to back it up, than making it totally imaginary if you got my drift. Of special note are several early singles that have never appeared on CD in their original form: "Ceremony", "Everything's Gone Green", "Temptation", and "Confusion". One song, "Turn" was released on this album in a new form despite it not being a single. Definitely, a must have for PINOY NEW WAVERS who loves the band. This compilation release was also notorious amongst New Order aficionados for its heavy compression levels. Take note that Track 4 of Disc 2 entitled "RUN 2" was mislabeled as "RUN". 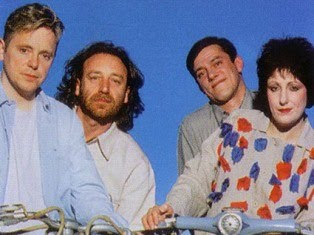 I made my NEW ORDER "SINGLES" Double CD available for download just in case you wanna have a copy of it on mp3. I still urge you guys to get the original copy and don't just be contented in filling up your hard drive with music files. Naaah!! At this age of free music who cares? Ha Ha Ha!! Personally, I still love to get the REAL THING. To spice up this NEW ORDER blogpost of mine, I included the photos of each respective singles in the tracklist and collected their dates of releases and of course what radio station played it first here in MANILA. This is "The Dr. Stirring Rhod Way" again and hope you'll like it. Btw, I already featured both "Bizarre Love Triangle" and "State Of The Nation" here in my blog before so check out my "New Order Labels" in my Blog's Archives to read them. 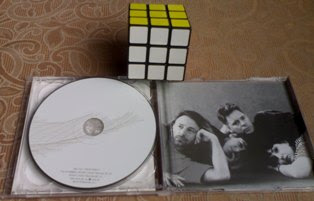 
It's hard to include all the information about this great band in just one blogpost but the stories behind the band depicts it's own existence in the past decades that they have been together making music. Although each band members had their own side projects like ELECTRONIC, THE OTHER TWO, and REVENGE just to name a few ,still their brand of music will certainly be remembered by everyone who loves them. At the 2005 NME Awards, New Order and Joy Division received the award for "Godlike Geniuses" (for lifetime achievement). 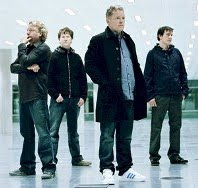 This compilation included songs from their 2005 entitled "Waiting for the Sirens' Call", their first with new member PHIL CUNNINGHAM who replaced Gillian Gilbert who is now married to Stephen Morris so that she could look after their children. In 2006, the band played several one-off live dates as well as short tours in the UK, Brazil and Argentina. At the end of the Buenos Aires show in November 2006, Peter Hook suggested that the band should stop touring then it marked the end of New Order. In June 2009, it was announced that Bernard Sumner had formed the band "Bad Lieutenant" along with Phil Cunningham (guitar) and Jake Evans (guitar and vocals). New Order will always be remembered by PINOY NEW WAVERS. THANKS to XB, BM, and NU we were able to get their music here in the Philippines. We can also include 99.5RT.


I uploaded all four New Order songs which made their debut on CD for you to listen to. YUP!! These four versions of their songs were never released officially on CD and so this was the first time they were available on digital format on this compilation. Of course my favorite "Ceremony" was included.


Wheeew!! Another hard-to-do creative blogpost again. I never thought I could finish it. Ha Ha Ha!! I hope you guys ENJOYED my exclusive blogpost on New Order's Singles only here on "The Doctor Is In". THANKS again for dropping by!! I'll leave you with the Music Video of one of the most successful New Order song in the charts none other than "BLUE MONDAY". 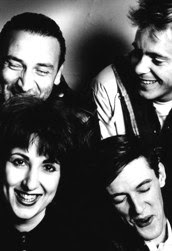 The given Information on your blog is very useful.