IT'S FEBRUARY 29, 2008
Well, 2008 is considered a LEAP YEAR and it only happens every FOUR YEARS. Hopefully this little blog of mine would have more FEBRUARY 29 POSTS in the future. HE HE HE!! If you were born on this date you only get to celebrate it every four years. HA HA! At least you don't get much older then.
Here are just some of my stuffs: 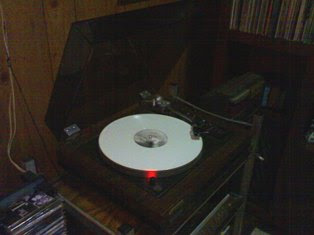 It was 1974 when my Dad bought this Pioneer Turntable. Little does he know that come the 80s I will be the one using it. HE HE HE!! It was not until 1983 when I really got to use this classic turntable. WOW! I just realized that It has been 25 years since I've started using this Gear. Up to now it's still the Gear that I'm using especially if I have the time to listen to my Vinyl Records. Well, I miss the good old days when I was still in high school and early part of college that I have the luxury of time to listen to my records. Right now, once a week or even once a month and if I get really busy it will take a long time. I have change the STYLUS only once around 1991. I consider Vinyl Records still the best! Of course I also love the original CDs. He He He!! Cassettes? Well, it's still there on my vaults. 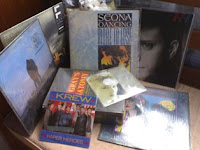 LET'S WAIT FOR ANOTHER FOUR YEARS FOR ANOTHER FEBRUARY 29 POST!!
LONG LIVE PINOY WAVERS AND PUNKS!! KEEP ON COLLECTING KABAYANS!!
from: DR. STIRRING RHOD
Posted by DrStirringRhod at 10:01 AM No comments: 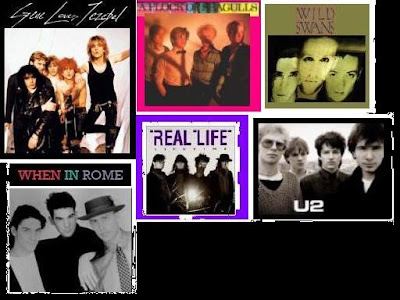 ARE THEY COMING TO TOWN?

That's the great question of PINOY WAVERS and PUNKS about news circulating regarding these SIX Bands coming here in MANILA this year 2008 to perform LIVE IN CONCERT!! Well, I hope all would push through bacause it has been six years since I've watched a Foreign New Wave Concert here in Manila and that was LOTUS EATERS and CHINA CRISIS. WOW!! That was wayback year 2002. Thou, INXS and FRA LIPPO LIPPI came over last 2006, both bands were not composed of the original line-up when they came to Manila so I skipped watching them. Of course, INXS without the late Michael Hutchence but with New Vocalist J.D. Fortune who won on the Rock Star: INXS reality show with special participation of fellow ROCKSTAR competitor PINOY-AUSSIE MIG AYESA as the front act. Since I've watched the First FRA LIPPO LIPPI Manila Concert back in 1988(That Was A Blast!!) and without Rune Kristoffersen I also skipped their 2006 concert. I just wish the Organizers and Sponsors GOODLUCK in their quest to bring GENE LOVES JEZEBEL, WHEN IN ROME, A FLOCK OF SEAGULLS, REAL LIFE, U2, and THE WILD SWANS here in MANILA this year!! AYUZ!!

HOPEFULLY ALL WORKS OUT FINE!!

Posted by DrStirringRhod at 11:04 AM No comments:

CONGRATS DALE FOR A GREAT ARTICLE!!

Brothers RYAN and DALE MARQUEZ of APPLE ORCHARD
Click here for the TweeNet Article: TweeNet-Philippines
Posted by DrStirringRhod at 10:24 AM No comments:

HAPPY VALENTINES DAY to everyone!!
Love is in the air again everybody!! Hmmmmmp!! Perhaps, everyone is in the mood for a Date. Ehem! Ehem!! So be sure to show all the LOVE not just to your MATES but as well as your FAMILIES, FRIENDS, CO-WORKERS, and EVERYBODY AROUND YOU. Even your enemies? NAAAH!! Well, If you can and then WHY NOT? He He He! 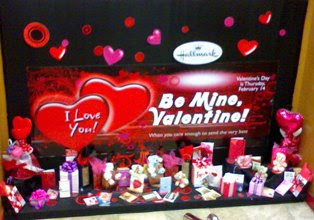 So aside for the LOVELY DATE there are the usual GIFTS: 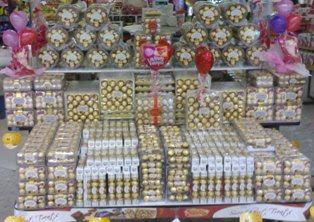 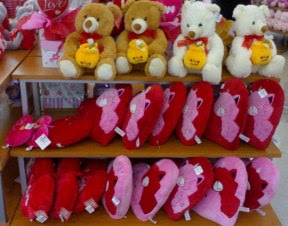 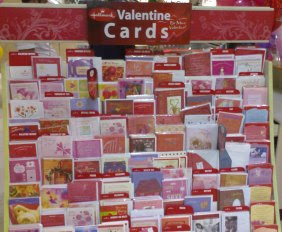 
HERE ARE SOME SONGS FOR YOU TO DOWNLOAD THIS VALENTINES DAY!!

Best Kept Secret- EVEN AS WE SPEAK
http://download.yousendit.com/26DCDCAE2879DD8E

Posted by DrStirringRhod at 10:22 AM No comments:

After the success of CHORUS GIRL in 1998 another Philippine Bootleg Compilation Series was made available here in MANILA. YUP! Another 1998 release was the "LOST AND FOUND" compilation series which also took the success of CHORUS GIRL. WOW!! It has been 10 years already!! I only bought 3 CDs from the series of which only one remains in my Vault. (NAARBOR yung dalawa!) I was able to borrow almost all the CD series from a friend of mine back in 1999. Well, for me it's another Blast From The Past compilations that all PINOY WAVERS would definitely remember during those times when 89DMZ's WAVE180 was losing it's magic . 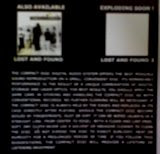 Burn CDs were not yet the In-thing back then so buying these bootleg compilations would definitely satisfy everyone's crave for New Wave Music. Bands like A-HOUSE, THE PSYCHEDELIC FURS, O.M.D, NEW ORDER, THE PALE FOUNTAINS, WHEN IN ROME and a lot more makes this series a hit among PINOY WAVERS. The inner sleeves indicated that these were manufactured and distributed by LOST MUSIC LTD under DYNAMITE RECORDS. WOW! What a name for a record company. HE HE HE!!

Luckily, ERIC ALVIZ has the complete 9 "LOST AND FOUND" CD series so I asked him if I could feature it here on my Blog. 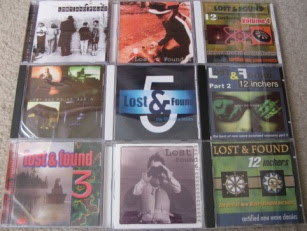 THANK YOU VERY MUCH AGAIN ERIC ALVIZ FOR THE GREAT PHOTO OF THE ENTIRE LOST AND FOUND CD SERIES!!

This entire bootleg series were also bootlegged by year 2000 at a much cheaper price and were also made available in MP3 format on just 1 CD by year 2004. YAN ANG PINOY!! AYUZ!! 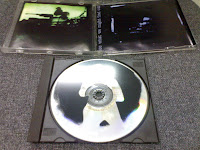 HEAVEN (Must Be There)- EUROGLIDERS
http://download.yousendit.com/8261FCCB755CB51B

GREAT MEMORIES FOR PINOY WAVERS!!
Posted by DrStirringRhod at 9:51 AM

Hello everyone!! Finally, I've added the "LABELS" on my Blog to have an easier access on the Previous Topics I've posted and to keep track on the Topics classification as some of my Friend's Request. That's in the Lower Right Hand Corner of this blog.Well, I should have done that before. HE HE HE!! First of all, I would like to thank all the avid readers and supporters of this little Blog of mine. Thank you visitors from around the globe and especially my Kababayans. Feel free to LEAVE A COMMENT or SIGN IN MY GUESTBOOK so I'll get to know you guys and be inspired more to continue this Blog which I'm doing in my spare time amidst my heavy workload. It's ok if you don't give your emails or URL on the Guestbook. Thanks also to some contributors of photos here in my Blog which added spice on my posts. So just enjoy the INFOS and MUSIC and anything under sun that's to be discussed in every post.

All the information I post here in my BLOG are all from my Own Personal Recollections of the Scene here in Manila regarding the Musical Genre I really love and grew up with. I try my best to be precise in every details from the Year and the Radio Stations that introduced the bands or music. HE HE HE! Actually, I'm a music enthusiast so I appreciate music from different Genres whether NEW WAVE/PUNK, Pop, Indie, C86,or Rock, especially PINOY ROCK(The Roots). As of the moment, I still don't upload albums here but maybe in the future because it really kills time to upload an album. HE HE HE! ENJOY!!

From Your FRIENDLY NEIGHBORHOOD:
DR. STIRRING RHOD
Posted by DrStirringRhod at 1:00 PM

EJ: Ang Pinagdaanang Buhay nina Evelio Javier at Edgar Jopson
(A Rock Musical)
FACTSHEET
WHAT:
The lives of Evelio Javier and Edgar Jopson, two modern-dayheroes - one a social democrat, the other a radical reformist - both murdered during the Marcos years, now retold as a rock musical about love and ideals in a country in search of heroes and where affliction seems never ending. THE DAWN, was tapped to provide the music component of EJ. Aside from hearing original music composed specifically for the play, audiences can look forward to some of the band's more popular tunes in EJ, including"Talaga Naman", "Alam Ko, Alam Niyo", "Abot Kamay", "Dreams" and other favorites. The band will perform live in selected performances.
WHEN:
February 15, 16, 17, 22, 23, 24, 29, March 1, 2, 7, 8 and 9 2008; 8:00P.M.
February 16, 17, 23, 24, March 1, 2, 8 and 9 2008; 3:00 P.M.
WHERE:
Tanghalang Aurelio Tolentino (CCP Little Theater) 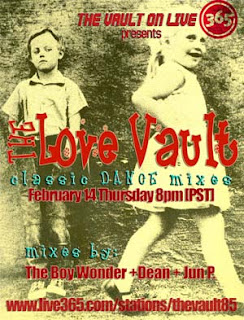 This VALENTINE'S DAY watch out for another special on THE VAULT LIVE ON 365 entitled "THE LOVE VAULT" with mixes by THE BOY WONDER, DEAN ANDREW, and JUN P.

CLICK HERE to go to THE VAULT
Posted by DrStirringRhod at 12:48 PM No comments:

This Is Not A Love Song 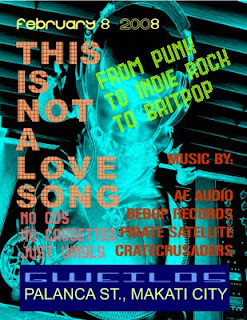 Well, another 80's NEW WAVE Pre-Valentines Party here in Manila by POGZ and company entitled "THIS IS NOT A LOVE SONG" . As the ADD says.... No CDs, No Cassettes, Just Plain Old School VINYL RECORDS. This is happening on FEBRUARY 8,2008 at GWEILOS MAKATI!

Posted by DrStirringRhod at 12:26 PM No comments:

HAPPY CHINESE NEW YEAR!!
I just wanna greet our CHINESE brothers and sisters here in MANILA and AROUND THE GLOBE "KUNG HEI FAT CHOI!! Well, Chinese New Year is also celebrated here in the Philippines because we have a lot of Chinese Nationalities here in our Country and the so-called "TSINOYS" (Chinese-Pinoys). So expect a lot of Dragon Dances in all China Towns showing a great Chinese Tradition. A very famous Chinese delicasy is the "TIKOY" which is all around shopping malls, and supermarkets and of course in ONGPIN.

FROM: DR. STIRRING RHOD
Posted by DrStirringRhod at 8:35 AM No comments:


INSTANCE
If I'm not mistaken this would probably be the first article of INSTANCE to be written in the NET. It was year 1986 when NITTO PALACIO, member of PINOY 80s band INTEGRATED CIRCUIT who originally sang the RIZAL UNDERGROUND 90s classic "ROLLERS ON HER HAIR" founded this Indie record label. It was called COUNTER CULTURE back then and was changed to INSTANCE. The last project if I'm not mistaken of NITTO was the 2004 ADVENT CALL Pinoy 80s Tribute Compilation CD entitled "LOCAL RECALL" under RECTONE MUSIC but still under INDEPENDENT STANCE(I assume that's the new INSTANCE). NITTO used to be an engineer for the Legendary Pinoy Punk Label TWISTED RED CROSS owned by TOMMY TANCHANCO who was also a former member of the PINOY LEGENDARY 80s Punk Band CHAOS. There were only two albums that INSTANCE released back in the 80s of which both of them got a Legendary status. Both albums were only released on Cassette Tape format.

INSTANCE first release was DEAN'S DECEMBER's 1986 "CHEMICAL WEDDING" under it's earlier name COUNTER CULTURE. NITTO saw DEAN'S DECEMBER performed their debut gig at KATRINA'S which was a Legendary 80s Pinoy Band Gig Site along Ermita so he decided to meet up with the guys and signed them up to this INDIE LABEL. The cassette tape album contains 7 classic tracks from the band which includes the anthemic "IT DOESN'T SNOW IN MANILA". I will feature the album here in my blog soon.

INSTANCE second release was The Legendary 80s PINOY compilation entitled "SUBTERRANEAN ROMANCE (THE RISE OF THE MARTIAL LAW BABIES)". It composed of 10 songs from 10 INSTANCE bands. Well. I consider this as the original "10 Of Another Kind". He He He! This was released December 1987 and it would be the Label's last release. Bands like ETHNIC FACES, SILOS, the label's baby DEAN'S DECEMBER and of course NITTO's band INTEGRATED CIRCUIT and 6 other Pinoy Indie Bands were included in this great compilation. I will also feature this album here in my blog soon.

In 2004 INDEPENDENT STANCE released ADVENT CALL's 80s Tribute Compilation CD entitled "LOCAL RECALL". So before RIVERMAYA did it last 2006 for me it was ADVENT CALL who really made the first 80s tribute. I will also feature this album here in my blog soon.

THIS POST IS FOR MY CO-MULTIPLIERS:
ALFIE MELLA of HALF LIFE HALF DEATH
ANTHONY "bonx" JONES
and those Multipliers who requested for some info about SUBROM.

Cheers to you guys!!

I will upload songs from each album soon!!
Posted by DrStirringRhod at 8:07 AM 1 comment: